I like group exhibits and recently in New York this  lithograph — black tusche on stone, printed on rives bfk cream paper, in a series of 20 — won the League’s Blue Dot award, curated by Bill Behnken, and chosen by their anonymous juror: 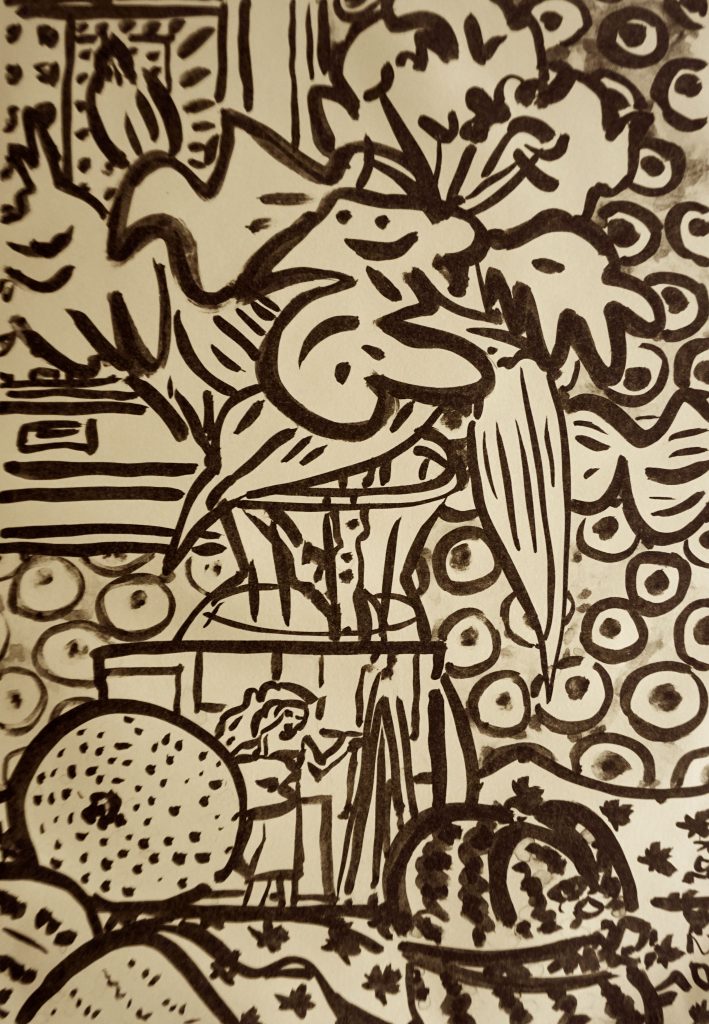 This large interior oil painting won the League’s Red Dot award for Best in Show, curated by Henry Finkelstein, and chosen by their anonymous juror: 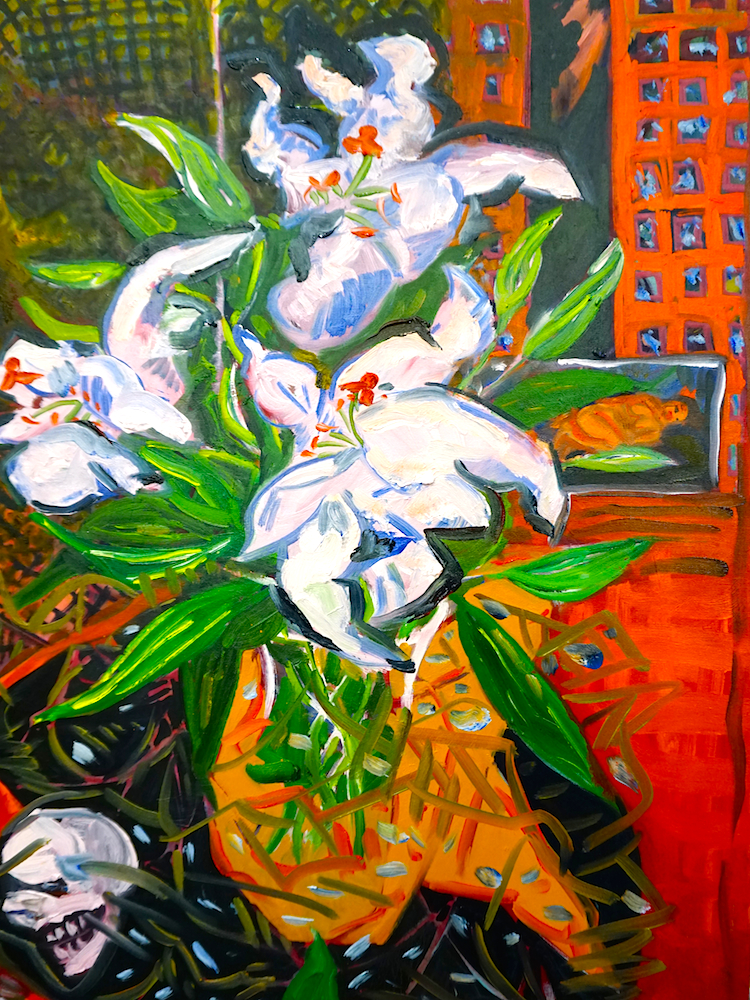 This oil painting portrait was recently chosen by juror Sara Softness, a curator at The Brooklyn Museum, to show at Ceres Gallery in Chelsea, New York: 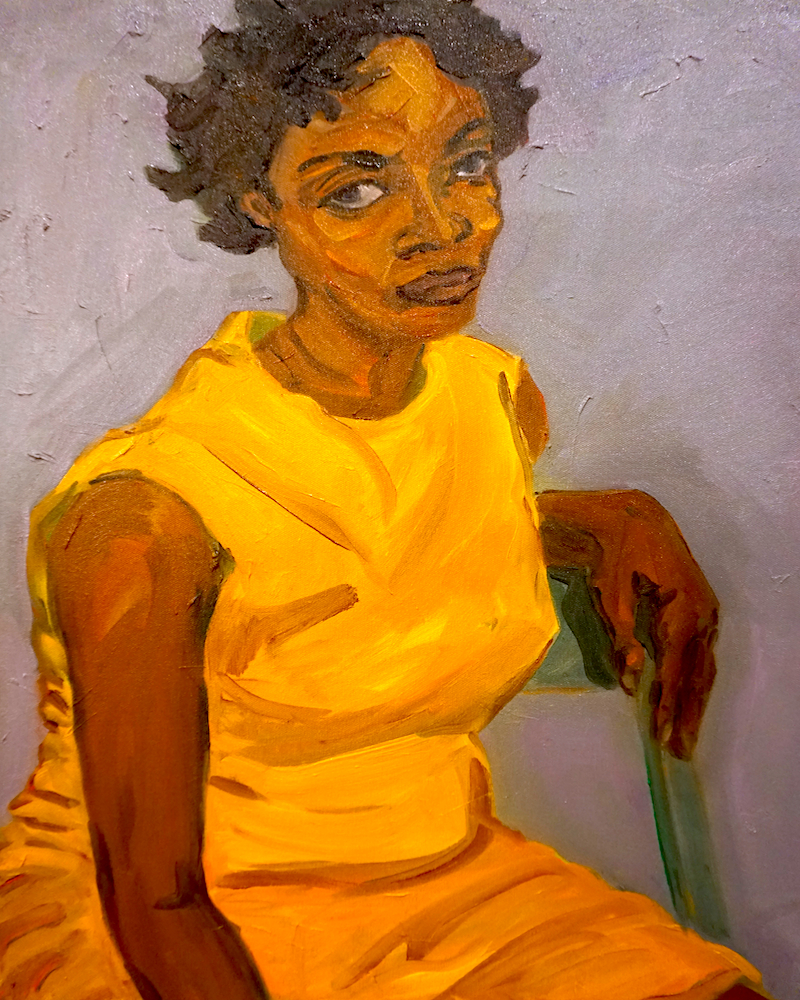 One of my paintings of the garden of the Chelsea Arts Club was recently on exhibit in the Westminster&Chelsea group show, curated by jurors Ginger Gibbons, Chair of the CAC, and Frank Tinsley in London: 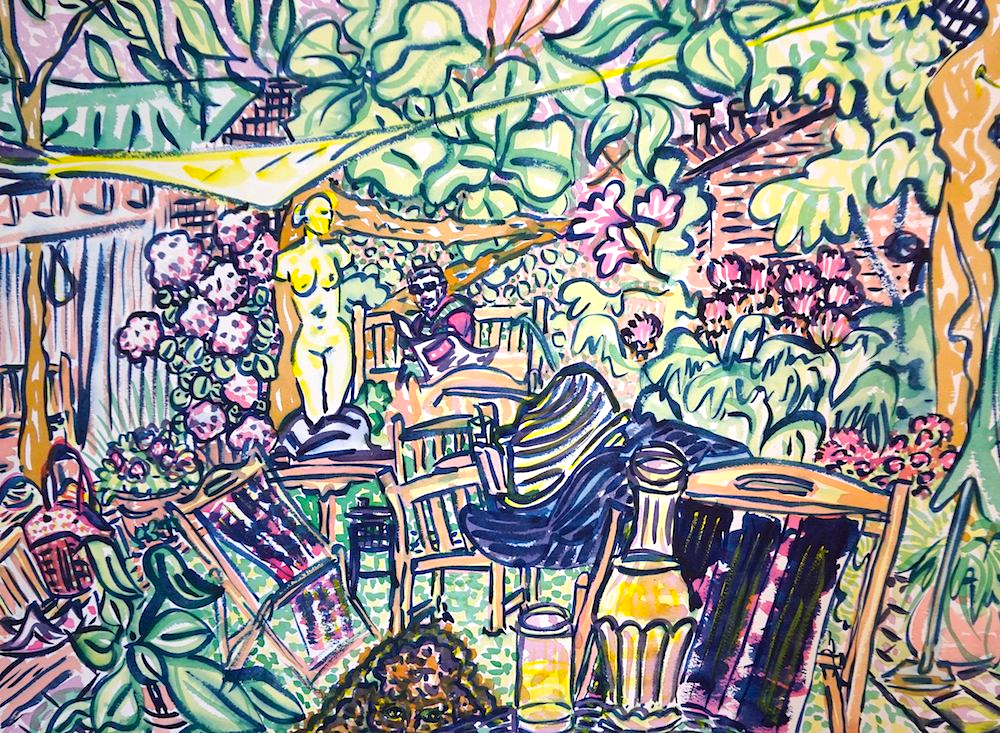 My resume lists some of the other awards, scholarships, and juried group exhibits my work has been part of.

If you don’t see my work in your city and you would like to, my studios are open by appointment.