This year the visits to my Toronto Island studio show a process like a diary, in about 50 paintings, from the very small 12x12in oils to the very large 40x120in watercolors.  People, places, things, words, and music.

In New York I was making etchings, and thick oils.  Then on Toronto Island, these watercolors were inspired by listening to rap, recalling the days I lived in Bushwick:

I returned to New York to work on 10 thick oils of flowers for months.  Some were begun in the ’90s. This one received a Red Dot award on exhibit at The League:

Then, this oil made last year was chosen by Sara Softness of the Brooklyn Museum to exhibit at Ceres in Chelsea:

In April, I made these portraits on Toronto Island:

Then I went from making more flowers in New York to paint en plein air in Paris, London, and Ontario.  And back to New York, to work on the flowers.

Then, this London garden was chosen by Ginger Gibbons, Chairman of the Chelsea Arts Club, first to be in the Garden of Earthly Delights summer exhibition, then to be six months in the Chelsea & Westminster Hospital Show:

In August, I made these portraits on Toronto Island:

Then back to paint in the streets of New York.

In October and November, I made these on Toronto Island: 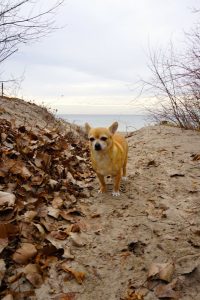 That’s it for 2018 — a very good painting year!  And now I am back in New York, painting outside, because the snow in the streets is so beautiful in oil.